Our Director, Father Carmel, is awarded the “Medal of the Canadian Senate” 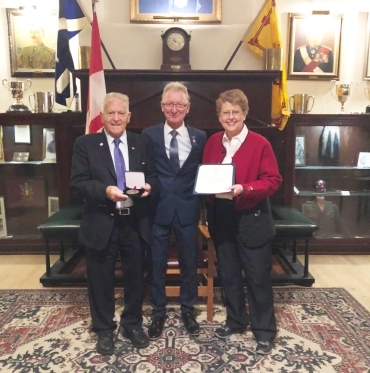 This Medal recognizes Father Carmel’s 55 years and Ms Pauline Rondeau’s 51 years of involvement in the field of outdoor education as Directors at Camp Claret dedicated to shape and help today’s youth find the inspiration and character needed to become tomorrow’s leaders.